Actual gothic music is unfortunately past is golden age, but that’s not to say that it’s a dead genre. As evidenced by the following 10 albums, there is plenty to like about contemporary gothic music. Whether you like your music beautiful or brutal, there’s something here for you. 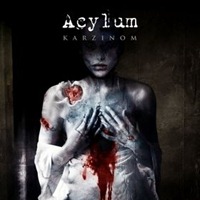 Acylum’s Karzinom is an album of dark industrial beats, morbid lyrics, and some truly great atmosphere. Despite the over-the-top subject matter, there’s a lot of subtlety to the music. The beats change far more than the usual for EBM (electronic body music), which makes Karzinom is far more interesting than most other albums in the genre. Acylum keeps things unpredictable and even maddening, and the strained vocals give this dark album another haunting layer. There’s even legitimate emotion here, especially on the masterful “Angel.” As far as industrial music goes, Karzinom is one of the year’s best albums, and while it’s not necessarily accessible, it’s good enough to be recommended even to those who have know idea what EBM is. 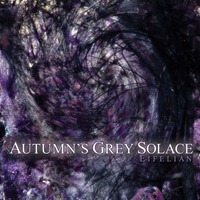 While Autumn Grey Solace incorporate darkwave, gothic rock, and ambient into their sound, their influences really aren’t all that important. Eifalian isn’t so much a unique album as it is a really beautiful one. Much of the music is very simple, just unintelligible female singing over slow atmospheric riffs and light drumming, but the way that Autumn Grey Solace’s sound comes together is capable of putting any listener in a trance. It’s just beautiful atmospheric music, almost hypnotic at times, and it’s simple pleasure is what makes ethereal music so appealing. Again, it’s nothing especially different, but Eifalian is effective at what its does, and it’s a very enjoyable listen. 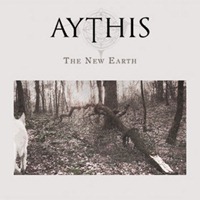 Aythis’ The New Earth is the intertwining of cinematic and gothic sounds. That works both for and against it. Much of the music is exceptionally beautiful, but too much of the album sounds like extended interludes or a film score to visuals that don’t actually exist. When it works it’s excellent, and thankfully it works more often than not. The more fleshed out songs are strikingly gorgeous, and the cinematic ambiance makes them epic sounding as well. That’s not an easy combination to have, but tracks like “Silvery Night” really do blend epic theatrical sounds with a more subtle beauty. It certainly has its flaws, but anyone looking for a beautiful darkwave or neofolk album will find a lot to like here. 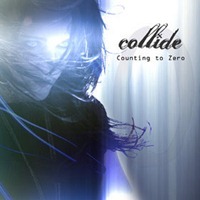 Few artists balance harsh and beautiful sounds as well as Collide. The noisy production contrasts perfectly with the gorgeous female vocals, and Counting to Zero only farther expands on what makes Collide such an outstanding duo. That contrast still works, and more than a decade after they became minor critical darlings with Chasing the Ghost, they still find ways to add to their sound. Producer Statik is never afraid to try new things, and once the music finds its groove he’ll add in surprising new elements, all of which work well within that aforementioned contrast. Simply put, Counting to Zero is a beautiful album, and it’s an intense album. It also happens to be an extraordinary mix of darkwave and industrial, and an album that should definitely be listened to. 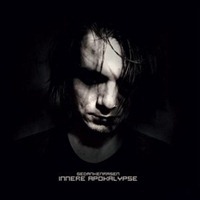 Varied, almost to a fault, Gedankenrasen’s Apokalypse is an album that has elements of just about everything in modern gothic music. There are a few tracks are either pure darkwave, industrial, or gothic rock, but the strongest moments of the album come when Gedankenrasen pulls out all the stops and creates music that I can genuinely say is unlike anything I’ve ever heard. Take the track “Angst,” for example. The heavy wobbling synth beat is downright maddening, and the German blackened growls are raw and intense. Then add in the subtle yet beautiful violins, and you’re left with a song that encompasses everything that gothic music should be. While nothing else on Apokalypse quite lives up to that, there are some pretty interesting experiments that are worth hearing. While it’s great to hear so much variety, it becomes clear where Gedankenrasen’s strength lies. The intense moments are easily the best on the album, and when that intensity fades the lower energy tracks simply aren’t as strong. Still, much of Apokalypse is excellent, and at its best it’s what gothic music is all about. 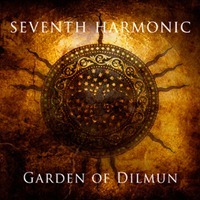 From great compositions to excellent operatic vocals, Seventh Harmonic’s third album is exactly what a neo-classical darkwave album should be. Its dark and haunting atmosphere is made using a mix of strings and hard drum beats that are mostly played at a slow pace. That pace rarely picks up, and while a few of the songs build to nothing as a result, most of the music on Garden of Dilmun is better for it. This is exceptionally beautiful work, and it’s rare to hear classical music used so well with contemporary gothic sounds. If you’re looking for a great darkwave album, or even a great modern classical release, then the latest from this all-female group is an excellent choice. 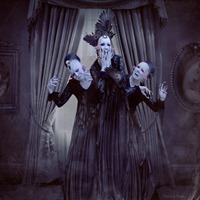 Sopor Aeternus & the Ensemble of Shadows
Have You Seen This Ghost?

The always interesting Sopor Aeternus released two albums in 2011, the better of which was the ultra dark and experimental Have You Seen This Ghost? It’s a weird album to say the least, with creepy vocals reminiscent of Devil Doll, as well as dark gothic instrumentals with a heavy classic influence. It all makes for a wildly entertaining album that ranges from being incredibly silly to legitimately serious, often doing so quickly without being too abrupt. It’s almost like a gothic Devin Townsend album in that sense. The music here is consistently unique as well. Few songs sound alike, yet all of it forms a cohesive package, and one that any fan of gothic, darkwave, or experimental music should listen to. 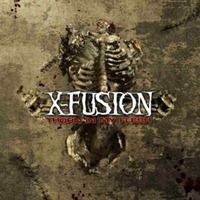 X-Fusion
Thorn in My Side

X-Fusion is the rare harsh EMB producer who puts subtlety into his sound, and his beats are more intense and have more longevity as a result. The vocals are mostly distorted screams, which is typical for the genre, but most of X-Fusion’s music shows a willingness to mix in elements from outside of his genre. Again, all of this comes without losing the aggressiveness that makes the genre appealing to begin with, and outside of Psyclon Nine I’m not sure there’s any other aggrotech artist I would recommend more to newcomers than X-Fusion. The reason I’m referring to the artist and not the album is that Thorn in My Side really is just more from X-Fusion. Everything you could say about his past albums can be said for this one as well. Yes, the sound was more, well, original the first time around, but a lot of the subtleties have been polished. It all comes out in a wash, and in the case of X-Fusion more of the same is really what you’d want. 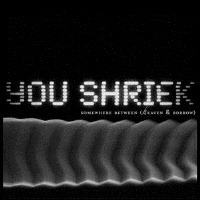 You Shriek
Somewhere Between (Heaven & Sorrow)

There aren’t many quality synthpop albums being released these days, so You Shriek’s Somewhere Between (Heaven & Sorrow) really stands out. This is an atmospheric album with some catchy melodies and a ton of variety. Tracks like “Well Enough Alone” are pure catchy pop music, while others like “No Heroes” and “Heaven & Sorrow” border on darkwave. The variety works both for against You Shriek. The album will often bounce around from style to style, never letting the listener get used to a specific sound. Instead, Somewhere Between sounds like a modern band recreating as many different subgenres of new wave as possible over the course of an album. What makes it work is the quality of the individual tracks, as everything on You Shriek’s album does justice to their influences, even if nothing here is all that original. 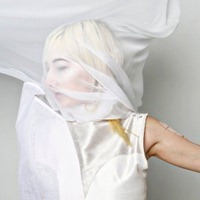 After two excellent EP’s in 2010, Zola Jesus has returned with a solid full length album. Conatus is somewhat inconsistent, and only at times lives up to Zola Jesus’ potential. After her breakout EPs, that’s a bit of disappointment. Still, the vast majority of Conatus is very good, highlighted by her incredible singing voice reminiscent of the legendary Siouxsie Sioux. Her compositions are ambitious, and when everything comes together it’s nothing short of incredible. “Vessel,” for example, is a beautiful atmospheric masterpiece that perfectly blends together Zola Jesus’ vast array of influences. Most of Conatus is sort of darkwave, sort of industrial, sort of post-punk, and definitely experimental. It can all get overwhelming at times, and even with Zola Jesus’ powerful voice some the ballads can get repetitive. Still, most of it works, and the amazing highs make Conatus a great listen.

What was your favorite "Free Album of the Week(end)" for November?